On the 8th, the 5th day of the Battleground Global Sports Competition (PUBG CONTINETAL SERIES), the 5th Asia, was held.

PCS6 is an online esports competition in four regions: Asia, Asia Pacific, America and Europe. The 16 teams selected through regional qualifiers will win 5 matches per day and 30 matches per region for 6 days for $ 250,000 in the region.

The PCS6 Asia, which includes Korea, will be held every Friday, Saturday and Sunday for two weeks from April 29 to May 8. PWS: Six Korean teams in Phase 1, one team in Taiwan and Japan, and eight China teams decided through the PCL 2022 Spring Playoffs.

The twenty -seventh match was formed of Mirama El Foso. At the beginning of the game, Tienba Sports and Tienu faced at the El Foso warehouse. Tienba 'Chichi' led the numerical advantage by quickly overpowering Tienru 'Mr. 108' with grenades. Eventually, Tienu was eliminated without holding Tienva's offensive. 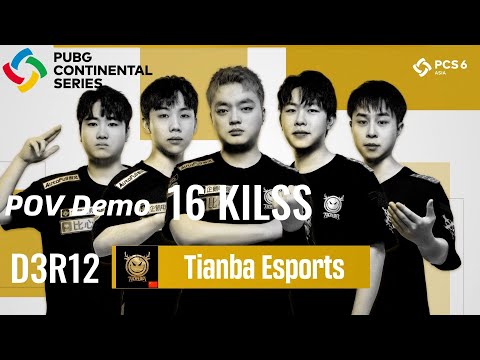 The 4th Phase Rapu won the fight by efficiently blocking the Infen Tree attack in Dolsan, but he kneeled at the bitter attack of the global E -Sports Exit 'Shauhu'.

Zenji has not been able to penetrate the Tienba Sports in the southwest of the magnetic field and finishes with the embossing with Gibli Isports.

The remaining petrico road 'Ming' was overwhelmed by the donuts USG 'Kane' as a grenade, and Danawa Esports 'Seoul' was also offensive for Donuts USG.

The situation where the Guangdong Prix and Donuts USG have survived. Guangdong, who was located in the highlands, quickly overpowered 'Sheba' and 'Americano' with 'End', and then finished the rest and packed eight kill chicken.